Bungee jumping is an adrenaline filled adventurous activity which involves a person jumping from a height, connecting a large elastic string or cord from the structure to the body, making a body to fall freely under the air, going down the head first. The launching pad is generally erected on a tall structure such as a building, a bridge, a cliff or even a helicopter. The USP of the activity is the thrill of free falling and recoil. The cord first unwinds and let the person fall freely and then it recoils, bringing back the person upwards again. After that, it oscillates and stops, and the person is lowered gently into water.

Rishikesh is popularly called as the “Adventure Capital of India” for the plethora of adventure activities that it has to offer. One of the top exciting adventure sports in the region is Bungee Jumping. Rishikesh boasts of the highest bungee jumping spots in India. and Bungee Jumping in Rishikesh one of the famous Place in Bungee Jumping in India and the whole world. It not only attracts the enthusiasts from within the country but also from the other countries.

There are several places in India where people can enjoy this adventurous sport but Rishikesh is the one where adventure connects one’s soul with the spirituality on the banks of the river Ganges. It is not just a city; it is a place which has been fortified by the thousands of years of penance by the great sages. So, adventure lies in the air or in the senses of the city. This city is the heaven for the adventure lovers who can achieve more than what they expect.

Rishikesh is considered the 'Yoga capital of the world'. Tourists and spiritual seekers from all over the world visit Rishikesh to learn the ancient techniques of yoga and meditation and find inner peace. Every year in March, International Yog Festival is organized in Rishikesh. 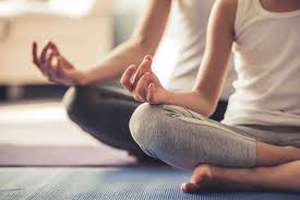 Rafting in Rishikesh is popular all over the country and the turbulent waves of river Ganges makes it a popular adventure activity at Rishikesh. Adventure seekers flock at Rishikesh in large numbers post-monsoon to enjoy the thrill of rafting. Book your rafting tour here.

Apart from rafting, there are many adventure activities that will appeal to the adventure seekers. Some activities tourists can try at Rishikesh are bungee jumping, Flying Fox, Cliff Jumping, Body Surfing, kayaking, mountain biking, rock climbing, rappelling, and zip lining.

Rishikesh does not have an airport. Nearest airport is Dehra Dun Airport.

There are regular train to rishikesh from other cities of the country.

There are regular buses from other major cities of the country to Rishikesh.

Rishikesh
42 km away
Via Dehradun, Uttarakhand

Rishikesh
23 km away
Via haridwar, Uttarakhand