Adi Badri – as the name suggests “Adi means ancient” and “Badri means Lord Vishnu” is a famous ancient temple and amongst the first of the Panch Badri’s. It is located on the confluence of the Pindar River and Alaknanda river, 17kms beyond the Karnaprayag in the Chamoli district of Uttarakhand. It is a group of sixteen temples that were built by the Gupta rulers between the 5th and 8th century AD.

Adi Badri is a cluster of sixteen temples among which the prominent is the Narayan temple, where the idol is made of black stone. The idol holds a mace, a lotus and a chakra. This place is within the Badrikshetra, and Badrinath being the name for Lord Vishnu, the temple is known as the Adi Badri.

It is believed that Lord Vishnu used to live here at Satyug, Tretayug, Dwaparyug before moving to Badrinath in Kaliyuga. Whenever the roads to Badrinath are closed due to weather conditions, devotees worship Lord Vishnu at Adi Badri. The ancient saints and seers prophesized that Lord Vishnu will shift his abode to Bhavishya Badri in Satyug after the completion of Kaliyuga.The local people have a superstitious belief that in a few years the road from Joshimath to Badrinath will be closed by the meeting of the hill near the temple that stand opposite each other and that then this temple will become a place for pilgrimage.

Adi Badri is located 3 kilometres from Chandpur fort or Garhi located on the hilltop, which was built by the Parmar kings of Garhwal. Adi Badri is an hour's drive from Karnaprayag and close to Chulakot on the way to Ranikhet. Brahmins from South India serves as chief priests in the temple. Adi Badri temple opens on Makar Sankranti and closes in the month of November.

Karnaprayag is one of the Panch Prayag or the 'five confluences' of river Alaknanda. This holy town is situated at an average elevation of 1,451 meters above sea level. The toy town of Karnaprayag is also known as ‘The City of Karna of Mahabharata’. It is famous for connecting the Garhwal region with the Kumaon region of Uttarakhand via NH 109. While on a visit to the Himalayas, Swami Vivekananda also meditated here with his gurus. 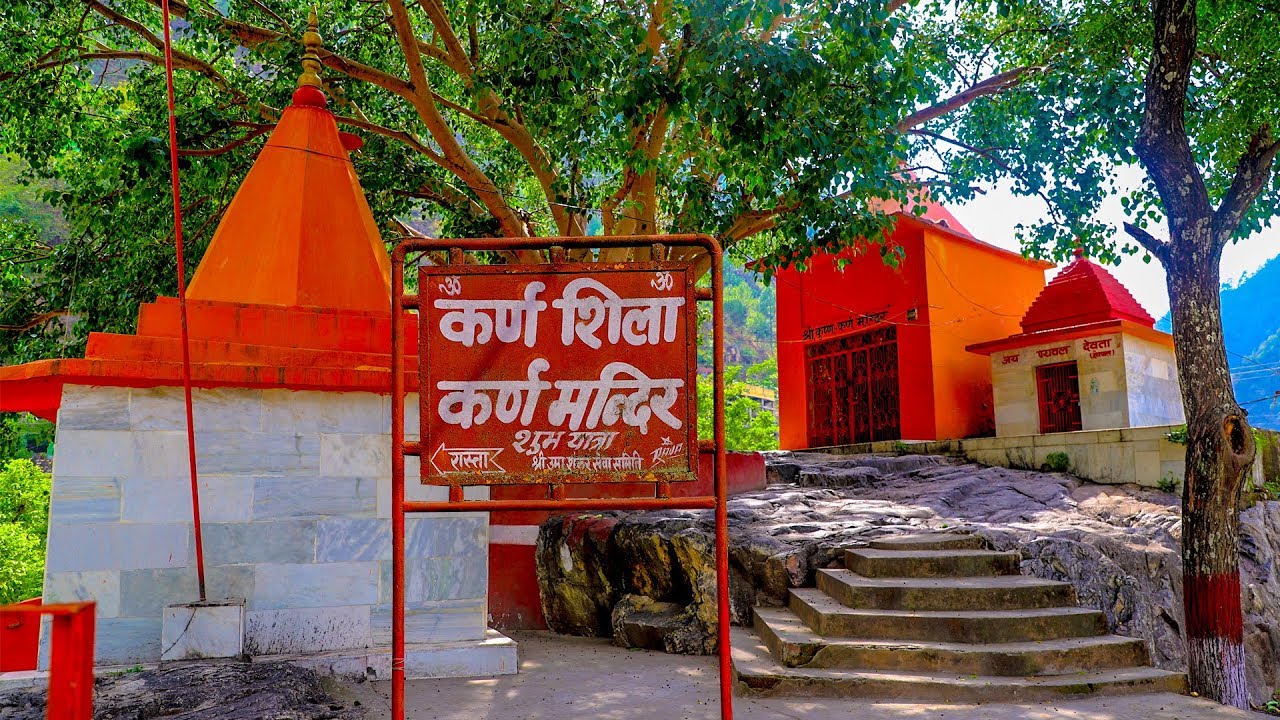 Situated in the Karnaprayag city of Uttarakhand, Karna Temple is perched over a very huge boulder at the confluence of Alaknanda and Pindar River. The shrine is dedicated to a mythical character Karna of Mahabharata epic that is widely regarded as the most righteous and charitable of the Pandavas siblings. In order to please Sun God, he meditated here at this place hence this place is known as Karnaprayag. 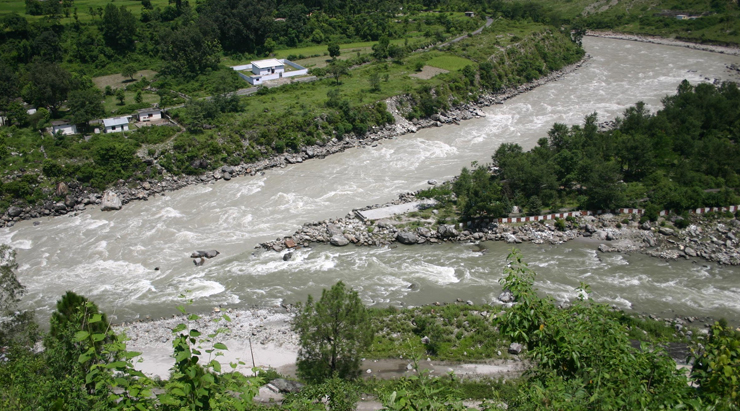