Devprayag confluence point of rivers Alaknanda and Bhagirathi, Devprayag is a religious hub and is quite popular among tourists coming for pilgrimage or seeking some solitude close to nature. Situated amidst rolling Himalayan ranges, Devprayag is a popular pilgrimage centre for Hindus. Dotted with ancient temples and idols amidst the lush green surroundings, this place is a very beautiful and serene place. It derives much of its religious significance from the dynamic and vibrant natural elements that surround it such as the rivers. Dasharathachal Peak, Chandrabadani temple and Raghunathji temple are among some of the popular attractions here.

Raghunath Temple situated in Devprayag is dedicated to Lord Rama.This temple also enshrines figurine of his consort Godess Sita and his brother Laxman. According to regional folklore, this temple was built by Raja Jagat Singh of Kullu. He brought an idol of Lord Ram from his birthplace in an unethical manner. To absolve his sin, he constructed the temple thousands of years ago. 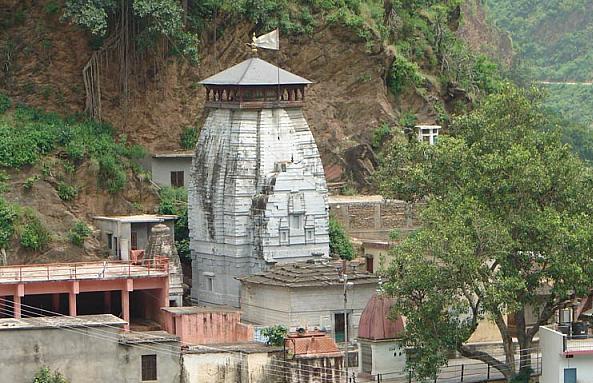 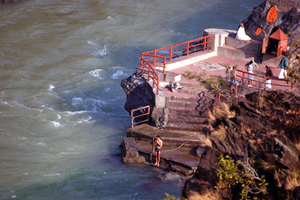 Dashrathshila is a popular Hindu shrine which dates back to the period of Ramayana. According to Hindu mythology, it is believed that Raja Dashratha, the father of Lord Rama did a serious penance at this place. The shrine is nestled on the banks of a Shanta, a small stream which is named after the beloved daughter of King Dashratha. Also, there is a seat of King Dashratha perched on a luscious terrain which is known as Dashrathachal Peak. Dashrathshila is located on a hillock called Dashrathachal peak in Devprayag. This Hindu shrine is situated on the banks of a pristine stream called Shanta, named after the daughter of King Dashratha. 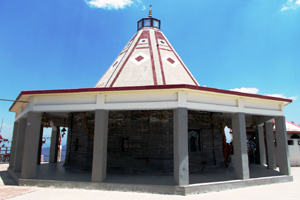