Yog-Dhyan Badri temple as the name suggests - the one sitting in a “Yog meditation pose or thoughtful stance”, is one of the famous and ancient temples of the Panch Badri circuit.In this temple the idol of Lord Vishnu is set in a meditation pose, hence this place is called 'Yog-Dhyan Badri' (Yog-meditation Badri). This temple is located in Pandukeshwar in Uttarakhand on the edge of the Govind Ghat of Alaknanda river at an altitude of 1920m above sea level. This temple comes during the visit of Badrinath Temple, 18 kms from Joshimath and 9 kms from Hanuman Chatti.

It is said that the Yog-Dhyan Badri temple is as old as the temple of Badrinath.The famous Suryakund situated over Milam icy mass, is a heated water spring, where it is believed that the Kunti - mother of the Pandavas brought forth her ill-conceived child Karna, fathered by the Sun-God Surya. Kunti was hitched to Pandu at Pandukeshwar.Copper plate engravings found here provides valuable information on the history of the temple and the control by early Kings of Katyuri dynasty. The district was known as Panchal Desh, now formally assigned as Uttarakhand.

According to mythology, King Pandu, the father of the Pandavas in the epic Mahabharata installed the bronze symbol of Lord Vishnu at this place. It is said that King Pandu contemplate to Lord Vishnu to wash down him from sin of executing two mating deer, who were saints in their past lives.King Pandu had attained salvation at this place. This is the place where Pandavas were born. After the Mahabharata war, Pandavas come here for repentance after defeating and killing their cousin Kauravas. They handed their kingdom, the Hastinapur to their grandson Parikshit, and went to the Himalayas to perform penanceand to atone their sins.

On the closure of the Badrinath temple, Yog-Dhyan Badri is considered to be a winter residence for Lord Badrinath's festive-statue. The idol of Uddhava, Kuber and Lord Vishnu is worshiped in this temple. Therefore, it has been said that without offering prayers at this place the Panch Badri pilgrimage will not be complete. The Bhatt (priest) of south India acts as the chief priest of this temple.

Ganesha Cave is a naturally formed cave located in Badrinath. As per Hindu beliefs, it is said that Lord Ganesha penned down Mahabharata in this cave as dictated by Rishi Vyas. This cave is located near the famous Vyas Cave and holds religious significance in the lives of the people. Being surrounded by lush green trees the cave offers a pleasant view of the gorgeous vista of the Himalayan ridges. 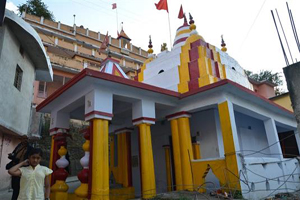 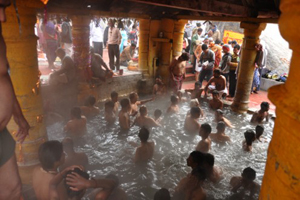 In-spite of the freezing temperature and snowfall, Taptkund extracts hot water and is regarded as the residing place of Agni Deva. The water of Taptkund comes from the 'Garud Shila' and flows into a concrete stone tank. The nearby cities are Karnaprayag, Nainisain, Kandara, Khatyari and Srinagar. Taptkund, as the name suggests is a hot water spring, which lies between Badrinath shrine and Alaknanda River. This thermal spring is situated in the Badrinath temple in Chamoli district of Uttarakhand. The Taptkund is a natural hot water spring, having 45 degrees temperature.

Satopanth Tal is a crystal-clear green water, the triangular lake at an elevation of 4600m above sea level and is adorned in the midst of the snow-shrouded peaks. Satopanth Tal is a high-altitude lake located in Chamoli district of Uttarakhand and near to Badrinath Shrine. Apart from religious significance Satopanth also become one of the Popular treks in Uttarakhand. This glacier trek offers majestic views of Himalayas. 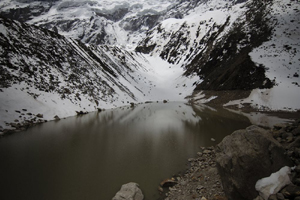 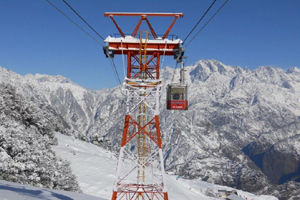 Kalpavriksha - Divine Tree Kalpavriksha is an old Mulberry tree having a lot of historical, holy and religious significance in India. Located at Joshimath town in Uttarakhand, Kalpavriksha is believed to be 1200 years old and called by name of Kalpatru in mythology. Mysteriously, Kalpavriksha remains evergreen throughout the year and never shed a single leaf by itself. Legends and Hindu scripts also shows a historical storyline about an enchanting and holy tree 'Kalpavriksha'. As per the Hindu scriptures, Adi Jagatguru Shankaracharya sat under this tree and worshiped Lord Shiva in then Jyotimath (now Joshimath). The Shivlinga installed by Shankaracharya has now covered and Jyoteshwar Mahadeo Temple of Lord Shiva is built under the Kalpavriksha. 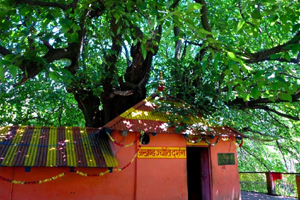 It is well connected with the motorable roadsfrom Haridwar & Rishikesh. One can easily get public/private transport for Pandukeshwar which is around 290kms from Rishikesh.

Rishikesh is nearest railway station of from Pandukeshwar. The distance between Rishikesh and Pandukeshwar is 290 kms.