Karnaprayag is a city and municipal board in Chamoli District in the Indian state of Uttarakhand located at an elevation of 1,451 metres. The other 4 prayags including Rudraprayag, Devprayag, Nandprayag and Vishnuprayag along with Karnaprayag make for the Panch (five) Prayag. This destination has a lot of mythological significance given the fact that it is believed to be the place where Karna of Mahabharata worshipped the Sun God. That's not it, it is considered to be the centre of meditation for Swami Vivekananda and his disciples. And, when all this combines with some adrenaline pumping adventure sports, it makes one's stay in this blissful town worthwhile

With the lush green hills at the backdrop, the foaming white river, and the pristine surroundings, Karnaprayag is truly a visitor's delight. At Karnaprayag, one can pay obeisance at the ancient Uma Devi temple dedicated to Goddess Sati, the first wife of Lord Shiva who later took birth as Parvati. It is said that the great Hindu monk and philosopher, Swami Vivekananda along with his Guru Bhai, Guru Turianand Ji, and Akharanand Ji indulged in a serious meditation at Karnaprayag, which lasted for eighteen days.

Adi Badri is part of famous Panch Badri of Uttarakhand. It is a group of sixteen temples, belonging to the Gupta period. Among them is the Narayan temple, where a black stone idol of Vishnu, three feet high is enshrined. This place is within the Badrikshetra, and Badrinath being the name for Vishnu, the temple is known as the Adi Badri. 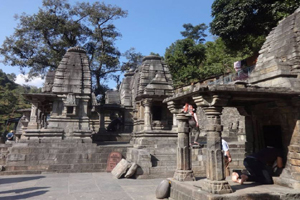 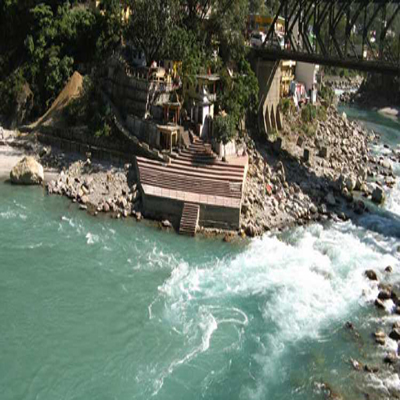 Karnaprayag is one of the Panch Prayag or the 'five confluences' of river Alaknanda. This holy town is situated at an average elevation of 1,451 meters above sea level. The toy town of Karnaprayag is also known as ‘The City of Karna of Mahabharata’. It is famous for connecting the Garhwal region with the Kumaon region of Uttarakhand via NH 109. While on a visit to the Himalayas, Swami Vivekananda also meditated here with his gurus.

The sacred Uma Devi Temple in Karnaprayag is dedicated to Goddess Parvati or Gauri, the daughter of the Himalayas. It is here that her ‘Swayambhu’ or self- manifested idol has been consecrated since ages. This pious Hindu shrine is located near the holy confluence of Alaknanda and Pindar River, making the aura spiritually awakening. Uma Devi temple is hailed as the second most revered Hindu shrine in Karnaprayag and is admired and worshipped as a Shaktipeeth. People belonging to different sects and walk of life garner their faith in the deity and visit this temple often. 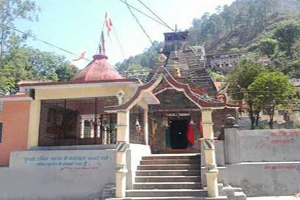