Bhimtal is a beautiful town situated in Nainital district of Uttarakhand. It is a lake city named after Bhima, the charismatic mythological character of Mahabharata. Revered for its aesthetic beauty, it is situated at an altitude of 1370m above sea level. It is the largest lake of the entire Kumaon region having length of 1.7 kms and deduced to have been formed tectonically. It has been impounded by masonry dam with the area of 118 acres.


Bhimtal is at the foot of Karkotak mountain (named after great mythical cobra) in the Shivalik range of the Himalayas. It has been known for much longer than Nainital, which was a secret holy lake known only to the hill people until 1841, when the British discovered it. People used it as trade route and made it the best route between the Kumaon mountains and the plains of India. It was a stopping place for traders from Tibet travelling down with caravans of sheep loaded with borax, to trade for goods not to be got in the high mountains. It may well have been part of the famous ancient Silk Route.


Mythologically, it believed that the Pandavas (of the Mahabharata) are believed to have visited here during their vanvas (forest exile). Local legend tells that when their wife Draupadi was thirsty, Bhima struck the ground with his mace, and water pour out. Thus, the lake formed was named after him. An ancient Shiva temple, Bhimeshwara Mahadev, is said to have been built by Bhima. It has stood here for centuries; the present temple was built in the 17th century by the King of Kumaon, Baz Bahadur (1638-78 AD) of the Chand dynasty.Hidimba hill at Sat Tal is supposed to be where Hidimba lived and loved Bhima.


The major attraction in Bhimtal is the Bhimtal lake, which has an island at its centre. The climate is wonderful: spring and autumn are beautiful, summer is pleasant, and winter is sunny and bracing. Even the monsoon is lovely – misty and green. This scenic lakeside destination is a treat for the adventurist as they can enjoy boating, paddling, birding, paragliding, zorbing, Kayaking, and many more activities that can fill them with the thrill.

The place could be reached by Kathgodam which is only 30 kms away and is well connected with Delhi, Agra, Bareilly and Lucknow.

Nearest airport is Pantnagar (70 kms). From there on, taxis take to the Bhimtal Hill station. 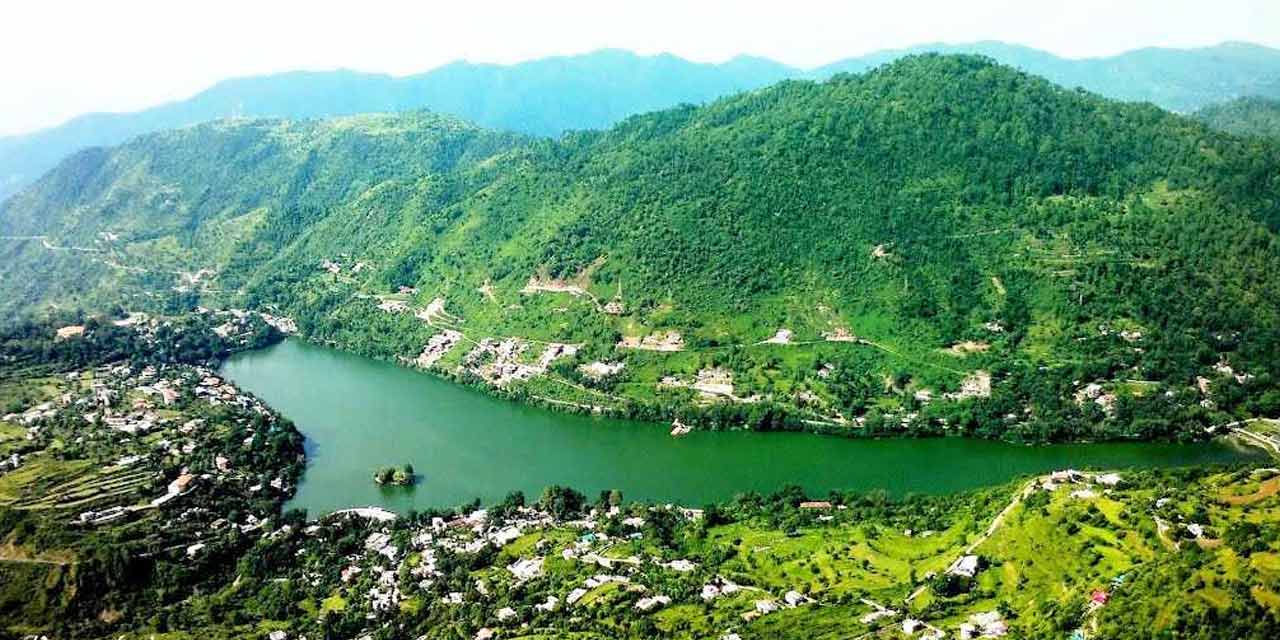