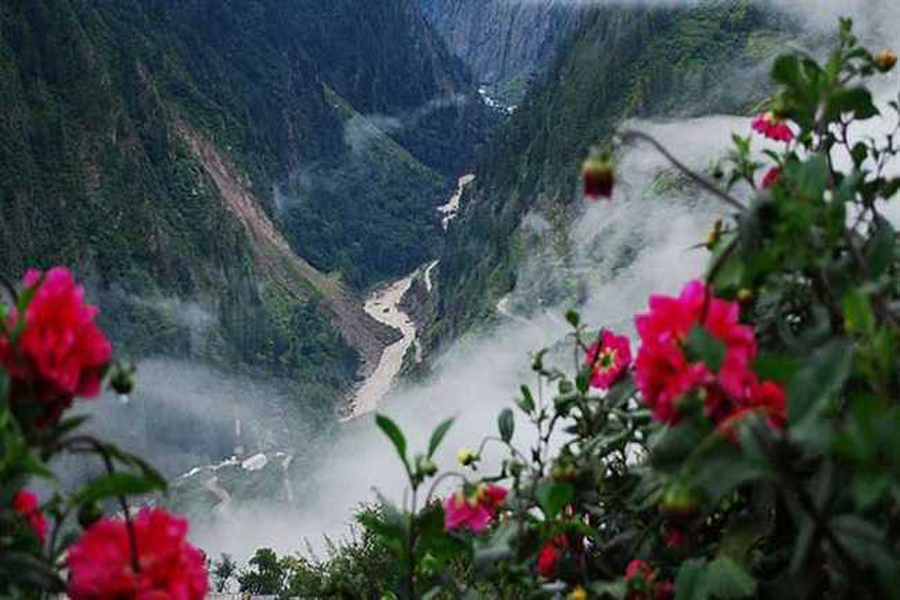 
Harsil – an alluring village, located on the banks of the Bhagirathi River in Uttarkashi district of Uttarakhand.Situated at an altitude of 9,005 ft (2,745 m) from sea level, Harsil lies 78 km from Uttarkashi, and 30 km away from the Gangotri National Park which spread across 1,553 square km. The hill station is well- known for its natural environment, apple production and kidney beans.


Harsil is connected with the Baspa valley by several passes including the Lamkhaga Pass. The village lies on the old caravan trail between Tibet Autonomous Region and India, where trade & marriages once flourished. Over the years, a small number of Jadhs, an ethnic group of the Bhotiyas, have settled here, and speak a language closely resembling Tibetan. There is also a sizeable Tibetan settlement in a close vicinity to ITBP Campus housing a stupa (Buddhist Burial Mound) and beautifully carved wooden houses.


A local legend says that Harsil got its name from the rivers Bhagirathi and the Jalandhari as once they had an argument over their significance. Lord Vishnu, also known as Hari, was asked to intervene. He turned himself into a great stone, a shila, and absorbed their anger. Even today, after Hari-shila (or Harsil), the waters of the two rivers have become a little less turbulent.


During winter when Gangotri is under snow, the palanquin of goddess Ganga brought down to the village Mukhwa, which is 1km away from the Harsil. Devotees can visit the winter abode, pay obeisance and take her blessings.

Harsil is an unspoiled and hidden jewel of Uttarakhand state offering ample scope for people seeking peace and serenity in the lap of the Himalayas.This quaint hamlet has become popular in recent years among travel enthusiasts and nature lovers.

NEARBY PLACES TO VISIT:

Either by own private vehicle or taxi, or by state road transport one can easily reach Harsil.