Hemkund is a Sanskrit name derived from Hem ("Snow") and Kund ("bowl").Hemkund Sahib (also spelled Hemkunt), formally known as Gurudwara Shri Hemkund Sahib Ji, is a Sikh place of worship and pilgrimage site in Chamoli district of Uttarakhand. It is the highest Gurudwara of the Sikhs, located at an altitude of 4329m devoted to Guru Gobind Singh Ji (1666–1708), the tenth Sikh Guru.


It finds mention in Dasam Granth, a work presumed dictated by Guruji himself, but insufficiently verified, where mythological components exist in the work. With its setting of a glacial lake surrounded by seven mountain peaks, each adorned by a Nishan Sahib on its cliff. It is approached from Govindghat on the Rishikesh-Badrinath highway. The main town near Gobindghat is Joshimath.


Design and construction of the present gurudwara at Hemkund was started in the mid-1960s, after Major General Harkirat Singh, Engineer-in-Chief, Indian Army visited the gurudwara and along with his team constructed it.


This holy shrine got its name from the glacial lake Hemkund. According to Hindu mythology, Shri Hemkunt Sahib ji is known as Lokpal, where Lakshmana the younger brother of Lord Ram meditated. A small temple of Lakshman is also adorned on the shore of Hemkund Lake. Hemkund lake is fed by the glaciers of towering peaks namely Hathi Parvat and Saptrishi peaks.

One can easily take taxi or by private vehicle, state transport buses ply regularlyupto Govindghat from where the pilgrims have to trek 19 kms to reach Hemkund Sahib. 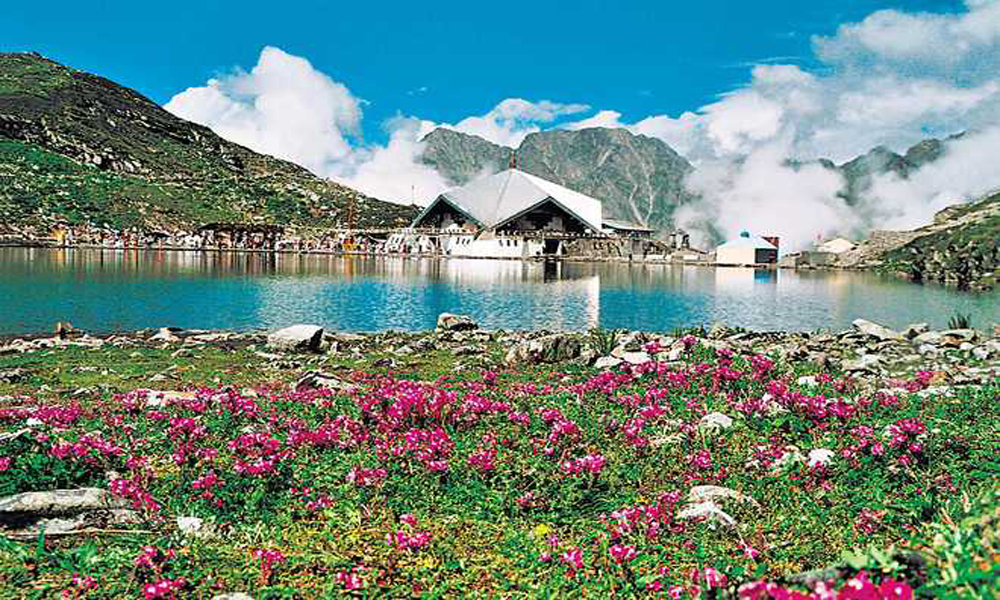