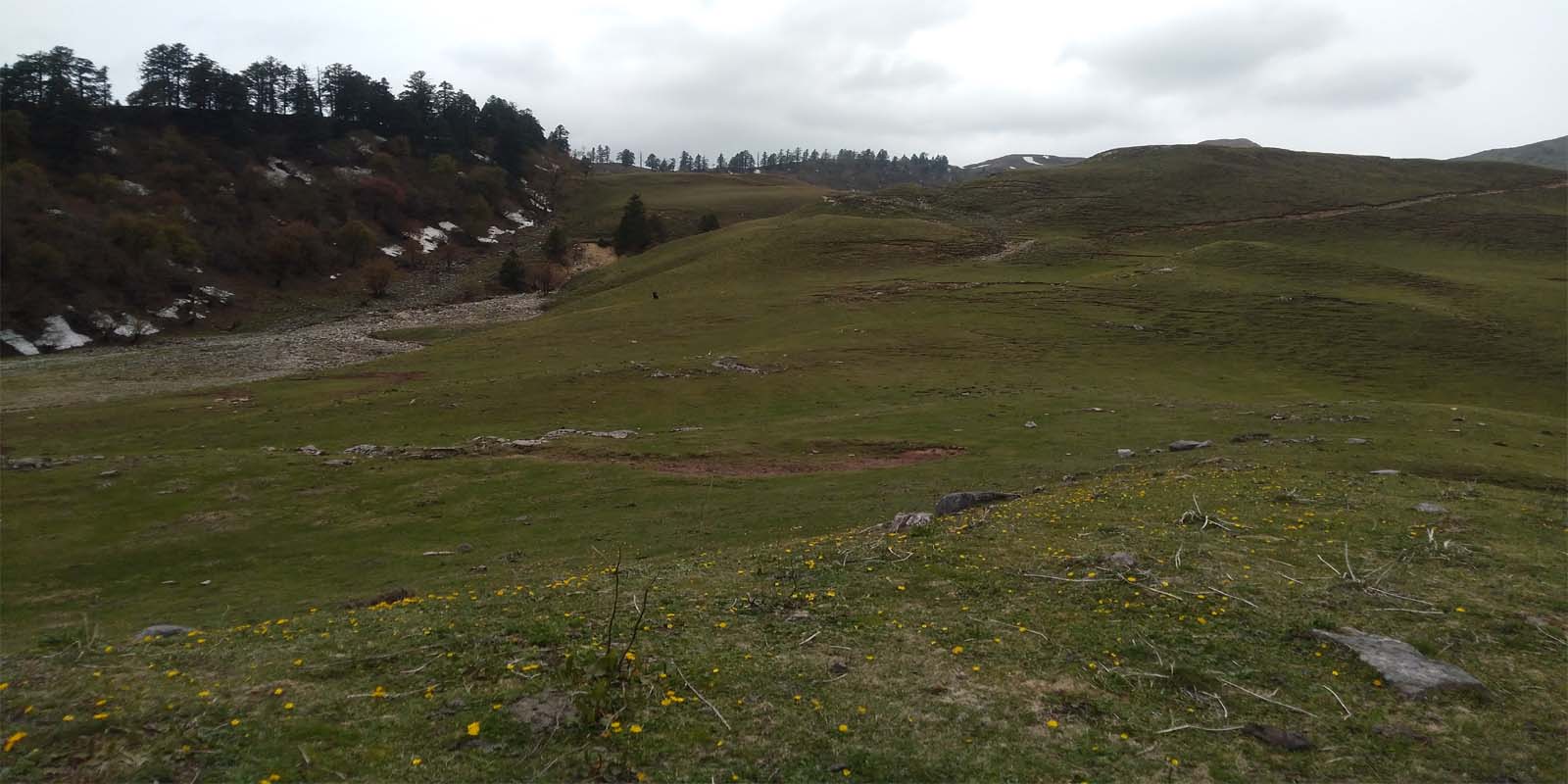 
Dayara Bugyal is a beautiful Himalayan Alpine Meadow lies in the Uttarkashi district of Uttarakhand. It is a popular Trekking and Camping Destination. The Bugyal has an average elevation of 3639m and is around 40 km from Uttarkashi. It is nestled between the Deodar and Rhododendron trees and is rich in flora and fauna.


In spring, there is contrast of greenery of the grasslands and red and pink rhododendrons.In winters, the Bugyal turns into snow land with capability of skiing and snow activities. The trek is open throughout the year except the monsoon. Views of the Garhwal Himalayas, including NandaDevi, Bandarpunch and Swargharohini, can be seen from Dayara Bugyal.


The 9 kms of trek through the woods and rhododendron tress takes one to this pristine place, in summers the shepherds reach here with their cattle and stay till the onset of winters. In winters the meadows turn into snow land with potential of skiing and snow activities.


A unique and popular local festival known as Butter festival, also known as Anduri Utsav, is celebrated here. The locals, villagers and tourists visit this location at the time of Butter Festival which promotes tourism in this region. People dance to the music of traditional pahadi music instruments called ‘Dhol- Damao’. It is celebrated to thank the almighty for the land that is helping produce good yield of milk from cattle and their safety.

One can travel either by own vehicle or by taxi. There are two starting points of this trek. People can start either from Raithal village (11kms) or Barsu village (10kms). Both villages are 12kms from Bhatwari. The best option is to start from one route and trek down from another.